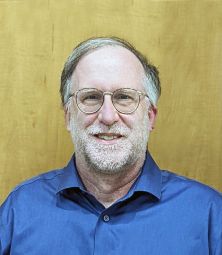 James has worked in the cultural field for over 25 years, and his career started at the then National Museum of Science and Technology in Ottawa. Before joining OTM, James served as the Supervisor, Collections and Exhibits with the Region of Waterloo Museums. There, he oversaw the team that developed immersive and hands-on exhibits for the new Waterloo Region Museum, the largest community museum in Ontario. Prior to returning to Canada, he served as Director of Project Management for the Boston Childrens’ Museum during a major expansion and produced exhibits and media at the Connecticut Historical Society.

James holds a Master of Arts in Museum Exhibition Planning and Design from The University of the Arts, as well as a Bachelor of Industrial Design from Carleton University.  An ‘army brat’, he has lived throughout Canada, in Australia, the former West Germany, as well as various places in the United States.  James grew up in Ottawa, and his family continues to live there - he and his wife look forward to returning to the area. 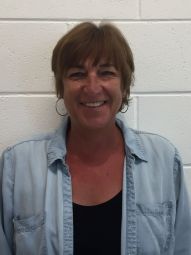 Ann Robinson grew up near Metcalfe on a farm on Bank Street, and now resides in Marvelville with her family. She worked for the Land Registry Office for 20 years serving the public as a clerk, dealing with land registration documents. She was hired on to do data entry at the museum in 2007 and has since become [artefact herself] (haha!) the full time administrative and exhibit officer for the museum.

Caitlyn McDougall grew up in historic Bowmanville, Ontario where she took an interest in history from a young age. She completed her BFA at OCAD University in Toronto in 2013 where she focused on art education during her internship at the Art Gallery of Ontario. Since moving to Kemptville, she has worked as Programming Coordinator for Ottawa Summer Solstice and most recently Programming Officer at the Goulbourn Museum.

Ashley grew up in rural Ottawa and has a BA in History and minor in Art History from Queen's University. Ashley loves travelling and has always enjoyed visiting museums which is what led her to enroll in the Applied Museum Studies program at Algonquin College! Ashley's dream is to create memorable experiences for people and tell stories through interpretive exhibitions and visual design.

©2022, Osgoode Township Museum. All Rights Reserved.
Driven with by